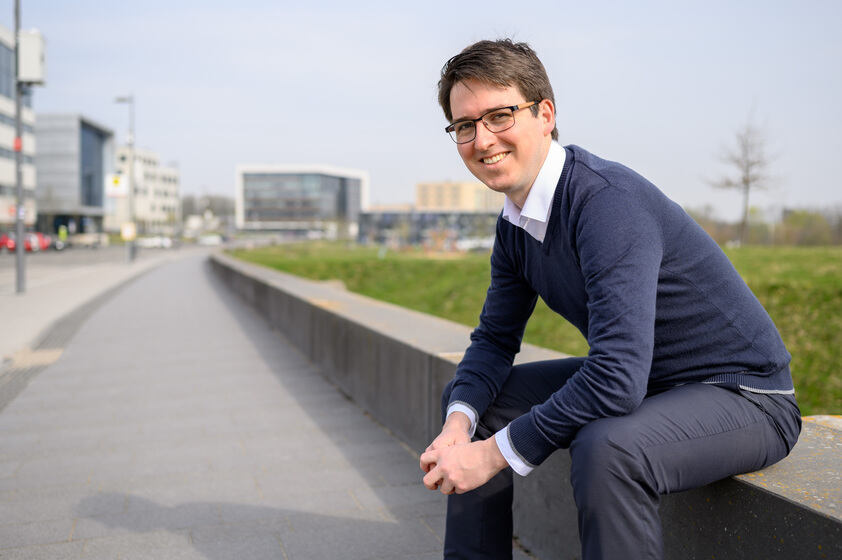 Several paradigm shifts have taken place in production in Germany in recent years. But putting them into practice is taking longer than would be desirable. "Technology transfer in Germany is still being tackled very timidly and, in my view, not comprehensively enough," also warns Dr. Michael Riesener. The young scientist and managing senior engineer at the Laboratory for Machine Tools and Production Engineering (WZL) of RWTH Aachen University is looking for and finding ways to think production and product development together. For his scientific and economic successes, he was awarded the prestigious Otto Kienzle Commemorative Medal on Oct. 13, 2022, during the annual congress of the WGP (Scientific Society for Production Engineering).

"Riesener is an exceptional researcher, a thought leader who also brings innovations to fruition",

explained his doctoral supervisor, Prof. Günther Schuh of the WZL at RWTH Aachen University, in his laudation.

Riesener has already been able to demonstrate on several occasions that he is not only helping to think about the paradigm shift in production, but is also significantly driving it forward. As overall project manager of e.GO Mobile, the company of his doctoral advisor, he was instrumental in developing the e.GO electric small car on a single platform and bringing it to market. In just three years, this resulted in a new type of passenger car that was conceived from the outset with low investment and a digitalized micro-factory from a production perspective.

In his postdoctoral thesis, the current managing senior engineer went one big step further. The focus was on the automated integration of the areas of product development and production through to the use of the product. He also focused on the issue of sustainability: "Automation is being used in more and more areas of life and in modern products. It must also find its way into product development. However, we must not view it in isolation, but holistically, from the entire life cycle of a product, from design to production to recycling (cradle to cradle)".

Sustainability plays an important role for him not only in theory, but also in practice - ecologically, economically and socially. For example, as a member of the Scientific Advisory Board of the Center for Circular Economy (CCE) at RWTH Aachen University, which was founded in 2022. A platform for interdisciplinary collaboration in the field of the circular economy. The aim is not only to achieve sustainable production, but also to help shape the political framework and involve society.

Dr. Michael Riesener with his award