You Are Here: WGP Position Paper Industry 4.0 should awake Companies

The position paper Industry 4.0 of German Academic Association for Production Technology (WGP) was handed over to State Secretary Dr. Georg Schütte of the Federal Ministry of Education and Research (BMBF) on Thursday at the "Production Research 2016" congress in Berlin. 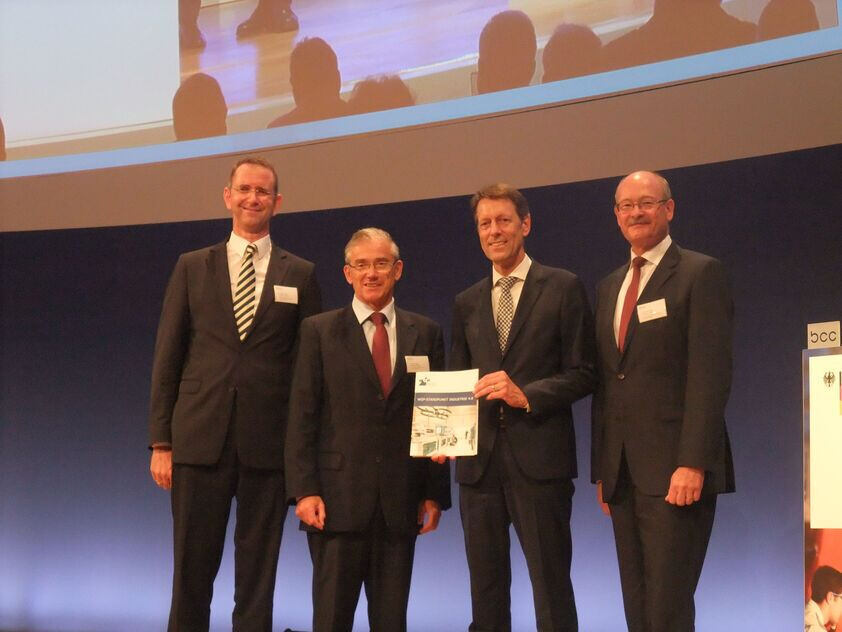 The WGP position paper is intended to be a wake-up call for companies that are not yet sufficiently involved into Industry 4.0 because they have not yet felt the urgency and recognised the potential. Production technicians in small and medium-sized enterprises (SMEs) should be clearly taught what constitutes the core of Industry 4.0. Industry 4.0 is not just a short hype. The digital networking of value creation is a revolution for all those responsible for production that they must not miss.

Small and medium-sized German companies in the production sector are still too cautious towards Industry 4.0. Some opportunities are underestimated, while risks are overestimated. Costs, a lack of skilled workers and data security are, among other things, frequently cited reasons for the hesitation of many SMEs. What is actually revolutionary, moreover, is not digitalization. From the point of view of the WGP researchers, the revolutionary are the possibilities that arise from the networking of technical systems in real time.

Machine tools have already been digitalized for 20 years.

However, the immense amount of data generated can only be evaluated with a business benefit if a "sufficiently accurate" image of relevant data can be created - the digital shadow.

And this is precisely the keyhole which manufacturing companies have to pass. But this has hardly been talked about so far. With our position paper, manufacturing companies now receive a roadmap on how to get through this narrow point to Nordstern Industry 4.0 step by step. And this journey is just as manageable for small and medium-sized companies as it is for large corporations.

The WGP position paper was written by Prof. Thomas Bauernhansl from Stuttgart, Prof. Jörg Krüger from Berlin, Prof. Gunther Reinhart from Munich and Prof. Günther Schuh from Aachen. It can thus be regarded as the basic paper of German production technology on the subject of Industry 4.0.