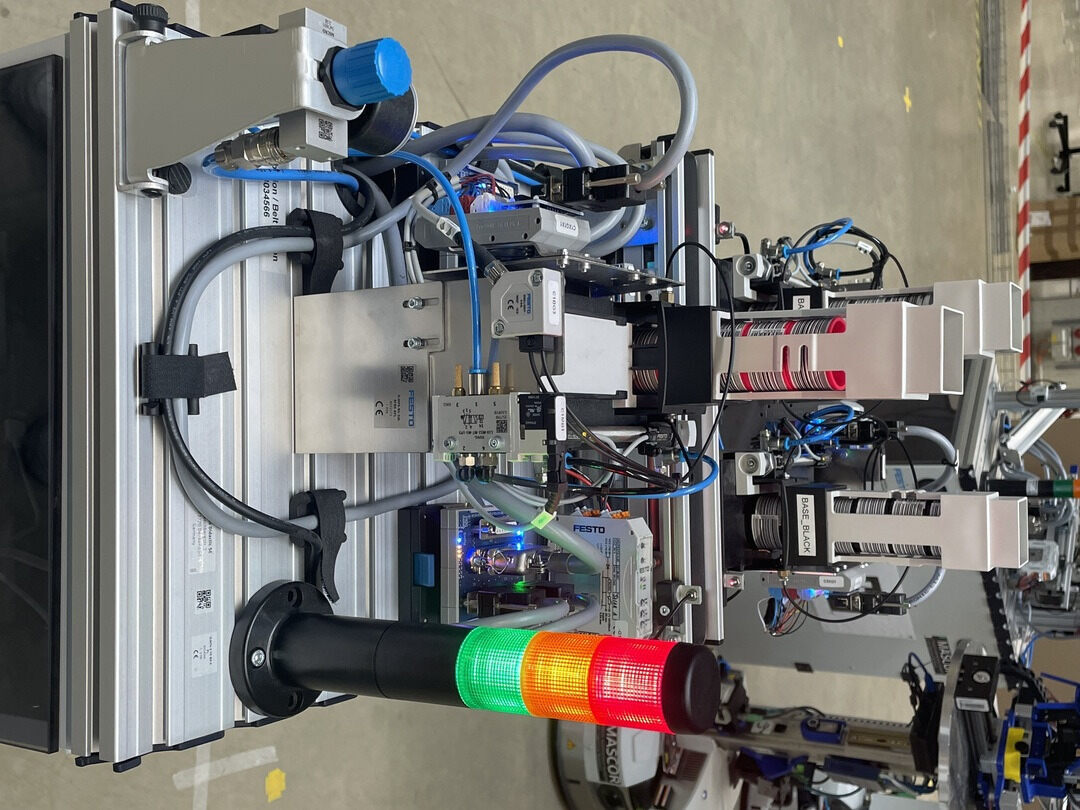 At the annual RoboCup, teams from all over the world have to prove themselves in competition on different disciplines. The goal is to advance research in the field of robotics. In the RoboCup Logistics League, teams each with three mobile autonomous robots compete in an intralogistics scenario. This year's Logistics League competition took place in Aachen at the WZL.

This year's RoboCup German Open takes place at different locations and allows the participating teams to compete in the competitions specific to the respective league despite the pandemic. For this purpose, the RoboCup Logistics League was held in Aachen from May 2 to May 6 in cooperation with the Laboratory for Machine Tools and Production Engineering (WZL), the Knowledge-based Systems Group of RWTH Aachen University and the Institute for Mobile Autonomous Systems and Cognitive Robotics (MASKOR) of the University of Applied Sciences Aachen. In this league, robots are to assemble products as needed using a series of production machines.

The event in Aachen was one of the first face-to-face events and was live-streamed. The Aachen RoboCup Logistics League team Carologistics had the opportunity to demonstrate its skills in an intralogistics scenario. It had to master the special challenges of the Logistics League, including multi-robot coordination in the joint negotiation of resource utilization and navigation for multiple autonomous systems. Initially considered a planning competition, the Logistics League also requires teams to prepare their individually assembled robotic systems for reliable pick-and-place actions, the challenge of which is especially object recognition with changing backgrounds.

Numerous rule changes in the Logistics League provide new challenges, even for proven teams like Carologistics. For example, compared to past years, much more varied orders are now placed, which are processed autonomously by the robots. In addition, randomly placed production machines can now be used directly as soon as they are found. Previously, an explicit distinction was made between exploration of the space and actual production.

Since 2012, the Aachen-based RoboCup Logistics League team Carologistics has successfully participated in the Robo Logistics League, most recently securing the world championship title for the sixth time. Carologistics is an interdisciplinary team of students and employees of RWTH Aachen University and Aachen University of Applied Sciences from the fields of computer science, mechanical engineering and electrical engineering. Thanks to access to the Smart-fACtory of the MASCOR Institute of the University of Applied Sciences Aachen, the team has had the necessary hardware since 2020 to now organize a competition for the league.