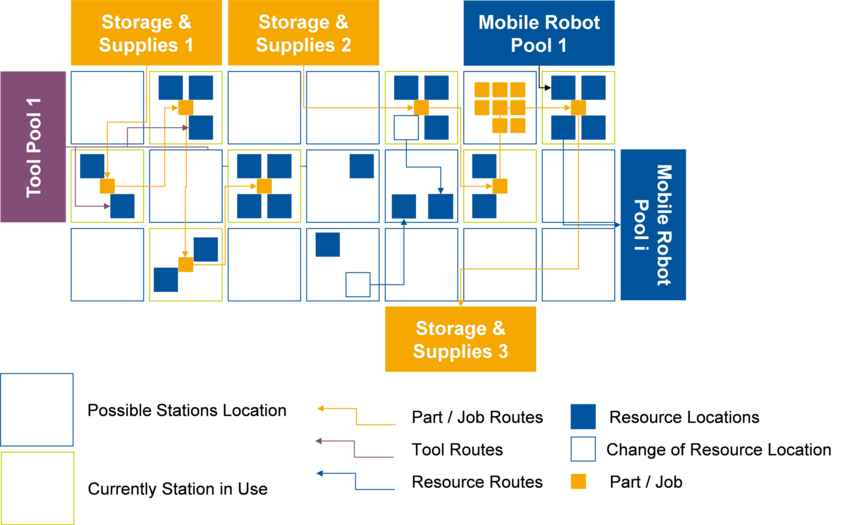 A mobile robot platform is an advantageous combination of an automated guided vehicle (AGV) and an industrial robot (IR), which usually has six or seven axes. As a combination of the transport flexibility of the AGV and the handling flexibility of the industrial robot, it allows the efficient execution of demanding assembly tasks at any position on the production store floor. Relevant handling and assembly tasks include, for example, joining components into assemblies by gluing, welding or screwing. XL Assembly GmbH and the Laboratory for Machine Tools and Production Engineering (WZL) at RWTH Aachen University are using these advantages in the joint implementation of a mobile screwdriving process for an application in truck frame construction.

Customer-specific requirements, increasing volatility in the sales markets, and complex global developments as a result of (supra-) regional conflicts, climate and health influences represent just some of the competitive factors in the production process. Therefore, the assembly of the future should focus on the resilient production of individualized products. In this context, XL Assembly GmbH and the Chair of Production Metrology and Quality Management of the WZL at RWTH Aachen University are working together on flexible and mobile, robot-based assembly solutions. So-called "Line-less Mobile Assembly Systems" provide the organizational framework for the necessary production and control systems and at the same time offer maximum flexibility and resilience.

The researchers' vision is that in the future all the required resources, such as the mobile robot platform and driverless transport systems, will move freely and autonomously in the factory, thus creating temporary work stations. Depending on the order situation, these reorganize themselves in real time to carry out customized processes. As a result, the assembly process no longer takes place along rigid lines, but along optimal and order-specific job routes between variable assembly stations. The networking of all resources used provides the necessary information for digital twins of the production systems. 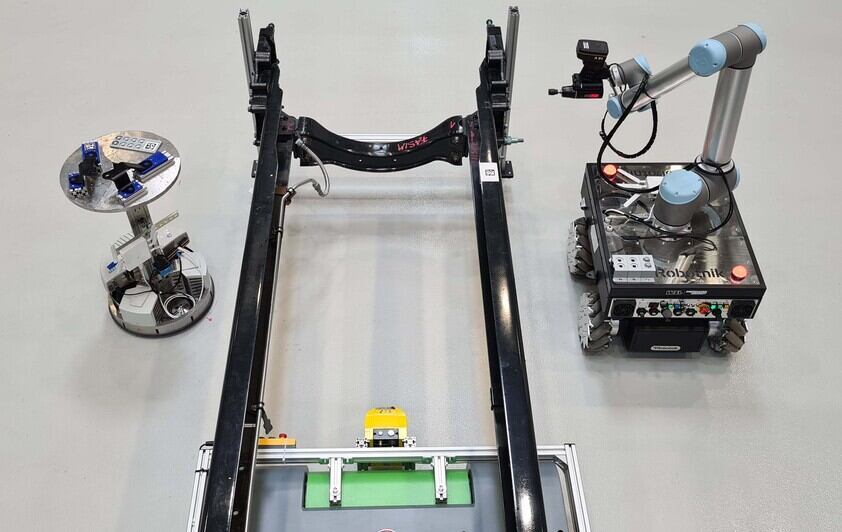 As an example, a spatially flexible assembly station for bolting processes in truck frame construction was implemented. Based on the so-called "clean store floor approach", the truck frame is placed on a workpiece carrier by means of a driverless transport system on a work surface that is as free of obstacles as possible. Mobile robot units then explore the spatial restrictions by means of simultaneous location and mapping, thus generating a map of the environment. On this basis, the mobile robot platforms finally bring the required screws to the assembly position on the frame. The units are equipped with suitable magazines for this purpose. A screwdriver is also used as a tool on the wrist of the industrial robot on the platforms, and a camera is also mounted.

Dynamically, a collision-free movement of the industrial robot is planned in this coordinate system in order to carry out the torque-controlled screwdriving process. The process is monitored via a control system that consolidates the states of all connected units and makes them available to the employees.

These and other solutions are being developed at the XL Assembly GmbH center in consortium with the WZL of RWTH Aachen University, so that they can then be adapted to specific assembly applications in bilateral projects and flexible robot-based systems can be implemented for the field and in practice.