You Are Here: Award as "VDW Research Institute Project of the Year" for "BevelAngle"

Award as "VDW Research Institute Project of the Year" for "BevelAngle"

Julia Mazak receives award for her work at EMO Hannover 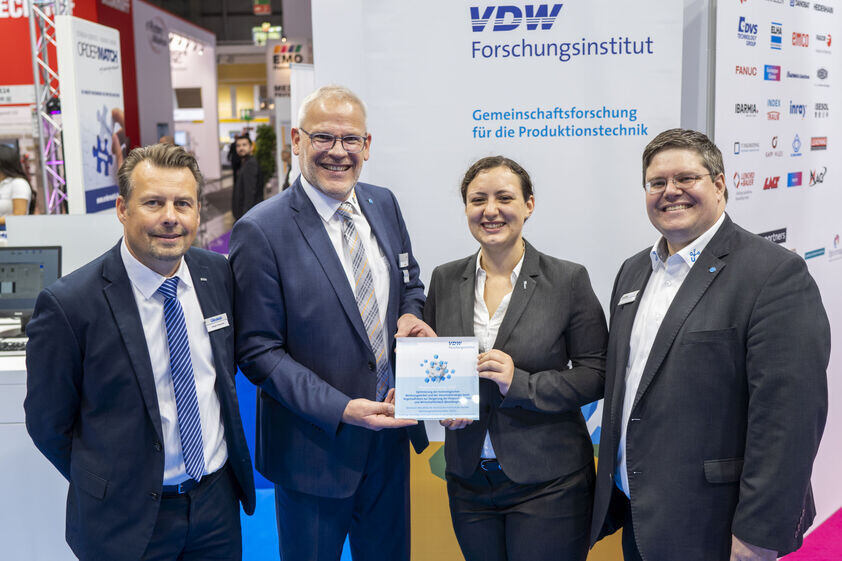 The aim of the "BevelAngle" research project was to develop a guideline for the wear-optimized design of the technological angles of bevel gear milling tools for the industrially widespread "Face Milling" process. In particular, the focus was on a process robust definition of the tool geometry, which is why different angle combinations with several cutting parameters were investigated. The objective was the methodical investi-gation of the technological tool angles and feed strategies in bevel gear milling and their influence on tool wear. In particular, the observation and analysis of the interactions between the feed strategies and their technological tool angles provided an extension of the scientific basis for bevel gear milling.

With feed ramps, the influence of the maximum feed and thus the maximum chip thickness is greater than the number of cuts a point experiences on the cutting edge. With regard to uniform abrasive tool wear and workpiece geometry development, progressive ramp shapes proved to be optimal. The variation of the constructive tool angles at a constant feed rate shows that higher clearance angles have a positive effect on the course of the wear curve as well as on the achievable tool life. However, wedge angles that were too large had a negative influence on the tool life.

Further information can be found on the project website.